Close Form
Home / Blog / Nominations for the Distinguished Award in Hepatitis B Research are still open! 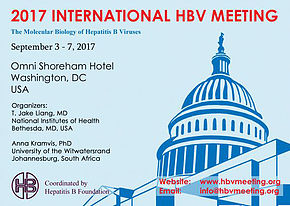 The deadline for nominations is February 13, 2017. Please submit your nomination to Polly Ranson at info@hbvmeeting.org.

We encourage you participate in this newly established award and send in your nomination.

We would like to announce the establishment of a “Distinguished Award in Hepatitis B Research” that will be given during the International HBV Meeting on a yearly basis. The Awardee will receive a plaque and, provided that funding is available, financial support from the meeting organizers for travel and accommodation to the meeting.

The selection criteria are:

Retired and active researchers are eligible for nomination. Nominations can be submitted by any past attendee of the International HBV Meeting, with a brief nomination letter (one-page) and the nominee’s CV. Joint nomination of two researchers will be considered only under clearly extraordinary conditions and such joint awards will be given only very rarely.Permission must be obtained from the nominee prior to nomination, and self-nomination is discouraged. Candidates who were not selected can be re-nominated in subsequent years.

The nominations will be reviewed and judged by a Selection Committee composed of: