Transparency and the PPSA

Close Form
Home / About Dr. Gish / Transparency and the PPSA

Dr. Gish maintains ethical and long-standing relationships with industry as a specialist physician, translational and clinical research scientist, and expert educator. These collaborations have produced many improvements to patient care and public health over Dr. Gish's 30-year career.

It is a fact that pharmaceutical and molecular diagnositic companies compensate Dr. Gish for his time and renowned expertise. It is also a fact that Dr. Gish contributes significantly to the advancement of liver health across the globe, at his own expense. The latter would not be possible without the former.

Dr. Gish dedicates at least 500 uncompensated hours every year in voluntary leadership roles for professional and advocacy organizations in the U.S., as well as in Vietnam, Philippines, and Armenia. In addition, he charitably supports several nonprofit organizations' liver disease awareness, prevention, detection, and treatment programs.

Transparency & The Age of PPSA 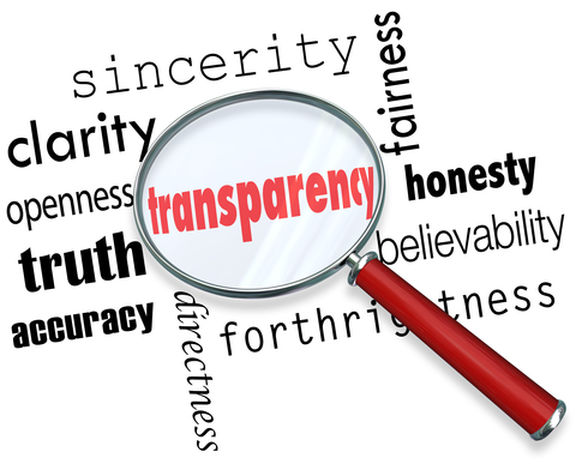 The era of "pharma swag" such as branded pens, note pads, and coffee mugs is long gone. Same with all-expenses paid trips to premier resorts in the name of continuing medical education. These marketing approaches are thankfully a thing of the past.

Dr. Gish applaudes the efforts of the Pharmaceutical Research and Manufacturers of America (PhRMA) and Advanced Medical Technology Association (AvaMed), who strengthened and adopted voluntary Codes of Ethics for interacting with heathcare professionals more than five years ago. In the exorable march towards transparency — these Codes were the first steps towards significant changes in industry/physician relationships that reduced, and in some cases, eliminated, excesses that the public and Congress deemed inappropriate.

The "National Physician Payment Transparency Program" (also known as the Physician Payment Sunshine Act or PPSA for short), requires manufacturers of certain drugs, devices, as well as biological and medical suppliers ("industry") to provide an annual report of any direct or indirect payments to physicians. Administered under the Centers for Medicare and Medicaid, PPSA requires industry to report any payment or transfer of value exceeding $10 made to a "covered entity". This information will then be made available in a public searchable database.

Today, a new Affordable Care Act law is being being implemented to further disourage inappropriate influence and conflict of interest between physicians and industry with the goal of controlling the the spiraling cost of prescription medications and medical devices.

Important Information
Please Read Before You Send your Message.

You should be aware of the general risks of transmitting information over the Internet, which may not use encryption. You should therefore not share any personal medical information that you would wish to be held confidential in a physician/patient or similar clinical relationship.

The information contained on this website is not intended, should not substitute for, or be used instead of, a clinical or therapeutic relationship with a health care professional who is fully familiar with the specifics of your case. The information on this site may assist you in your personal, general research but none of it constitutes the practice of medicine or any other health care profession.

Nothing in this site is intended as a recommendation or endorsement of any specific tests, products, procedures, healthcare provider, opinions, or other information that may be mentioned in this site. Any reliance on any information provided by the website personnel, others appearing on the site at the invitation of the website and/or other visitors to the site is solely at the user's risk.

E-mail correspondence with Dr. Robert G. Gish Consultants, LLC or any of its employees, or agents, does not create a physician/patient relationship between us or cause Dr. Gish to create or retain any medical records about you, monitor your care, or communicate with your own health care provider.

Always seek the advice of your physician or other qualified health care provider with any questions you have regarding your medical care. If you suspect that you may have a medical condition, or are seeking medical advice or treatment, we recommend that you consult a qualified health professional as soon as possible.