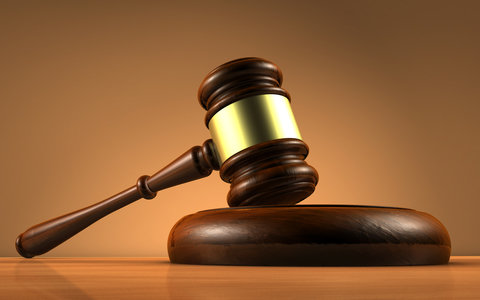 Under the terms of the settlement, health insurance giant United agreed to provide more than $200 million in coverage for the hepatitis C cure Harvoni. After the Coral Gables firm Rivero Mestre sued United for providing coverage of the drug only to policyholders with severe liver fibrosis, the company removed those restrictions.

United also agreed to remove a requirement that policyholders demonstrate abstinence from drug or alcohol use for at least six months prior to treatment. In addition, the settlement created a $500,000 fund to allow former policyholders who could not afford insurance to make a claim.

When class counsel notified state attorneys general of the proposed settlement as required by the Class Action Fairness Act, several of them stepped in to challenge it. Arizona Attorney General Mark Brnovich led the effort, with the support of the attorneys general of Alabama, Arkansas, Idaho, Kansas, Louisiana, Mississippi, Nevada, North Dakota, Oklahoma, Pennsylvania, South Carolina, Texas and Wyoming. “The settlement is imbalanced, unfair and bargains away the claims of the class members,” a spokesperson for Brnovich’s office said Monday in an email. “As attorneys general, we need to ensure the financial interests of others are never placed ahead of consumers.” But lawyers for both United and the policyholders argued the attorneys general were off-base.

“We had a number of conversations with them up until the final approval date,” said Charlie Whorton, a Rivero Mestre attorney who worked on the case with his colleagues Andres Rivero, Alan Rolnick and Jorge Mestre. “Their main argument, which we totally disagreed with, was that the absent class members were not getting any benefit from the settlement because United had already changed its guidelines prior to the settlement with regard to the fibrosis restrictions.

“The attorneys general argued in an amici curiae brief that “only the Defendant, class counsel and the named plaintiffs receive particularized value from the deal,” adding that the attorney fees should only amount to $125,000.

“It’s not like they did it out of the goodness of their heart,” he said.

The plaintiffs attorneys were also unsure why the attorneys general challenged the settlement after failing to pursue claims against United in their own states. “They never lifted a finger to try to help the sufferers who weren’t getting a cure,” Rivero said.

The attorneys general rejected the idea that the challenge was politically motivated and characterized the coalition as “bipartisan.” All but two of the 14 attorneys general come from states with Republican governors.

Defense attorneys also felt the opposition of the attorneys general was unfounded.

The Alston & Bird lawyers who represented United did not respond to a request for comment by deadline.

U.S. District Judge Robin Rosenberg rejected the challenge, approving the settlement without any changes. She also approved a $2.75 million fee for class counsel and class representatives.

Whorton said that since Rivero Mestre filed the litigation, major health insurance companies across the country have changed their guidelines to lift fibrosis restrictions.

“This is one of the most gratifying cases we’ve ever done, because what we actually accomplished was not just treatment for all of our clients and the absent class members, but also treatment for people that we never represented,” he said.