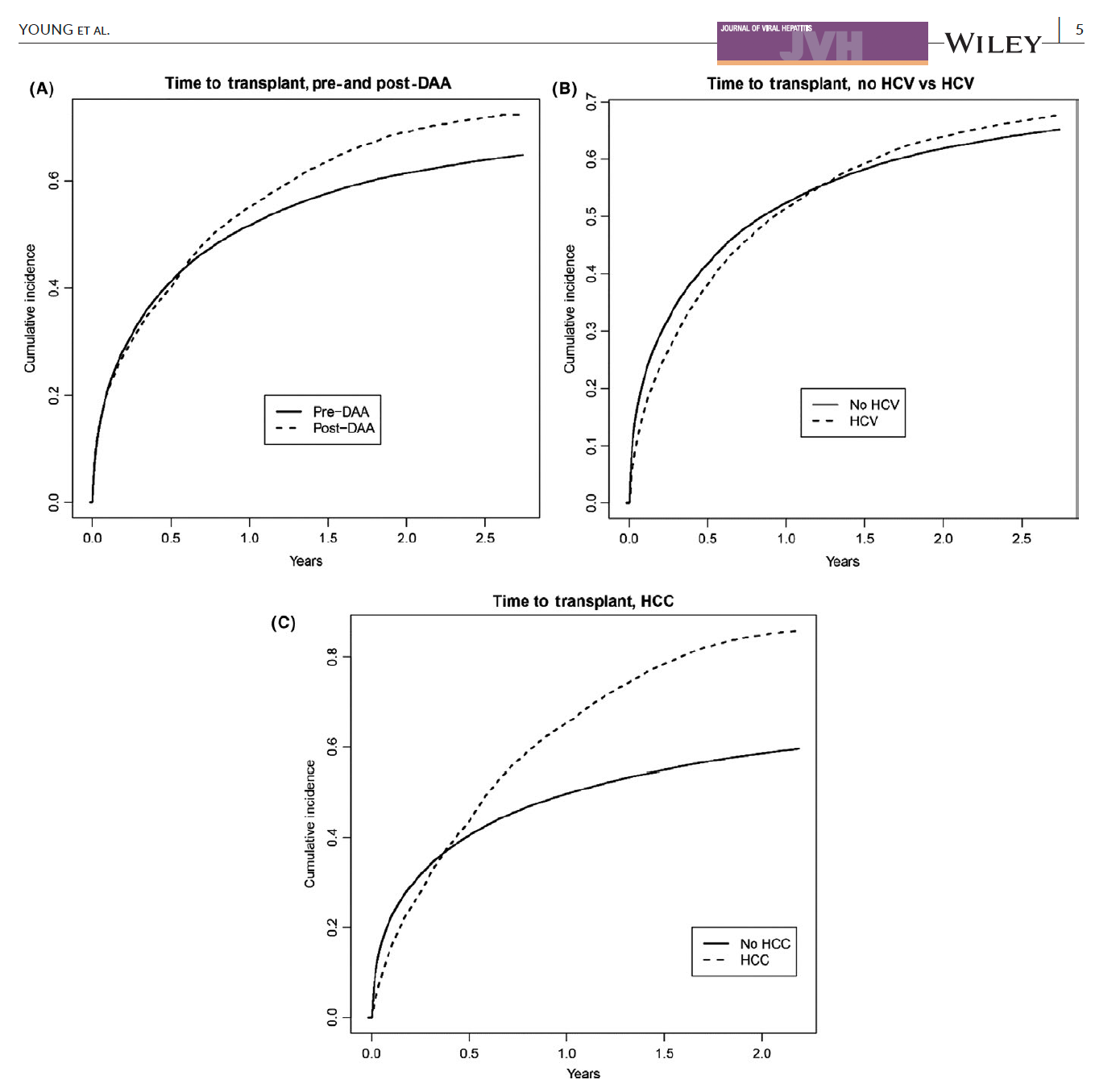 Direct-acting antiviral (DAA) therapies for chronic hepatitis C virus (HCV) infection achieve high cure rates, reducing HCV-related disease progression to cirrhosis and hepatocellular carcinoma. We aim to evaluate the impact of DAAs on US liver transplant (LT) waitlist outcomes. We retrospectively evaluated US adults (age ≥18) with and without chronic HCV listed for LT before and after the widespread use of sofosbuvir, allowing a 6-month period after approval (Era 1: 1/1/2002-5/31/2014 vs Era 2: 6/1/2014-12/31/2016) using the United Network for Organ Sharing registry. Overall, LT waitlist survival and likelihood of receiving LT were evaluated with multivariate Cox regression models. From 2002 to 2016, 158 045 patients were listed for LT. While the number of patients listed for HCV has been decreasing since 2012, the proportion of HCV patients with concurrent HCC is increasing by 3.33% per year (R2: 0.99, P < 0.001 by simple linear regression). While there was no difference in likelihood of LT between HCV and non-HCV patients, those listed in Era 2 had lower likelihood of LT (HR: 0.91, P < 0.001), more pronounced in the HCV cohort (HR: 0.83, P < 0.001) compared to the non-HCV cohort (HR: 0.93, P < 0.001). Compared to non-HCV patients, higher waitlist mortality was seen in HCV patients in Era 1 (HR: 1.08, P < 0.001) but not in Era 2 (HR: 1.02, P = 0.75). Since the introduction of DAAs for HCV treatment, number of patients with HCV listed for LT has declined. In the post-DAA era, HCV patients on the LT waitlist had improved waitlist mortality.